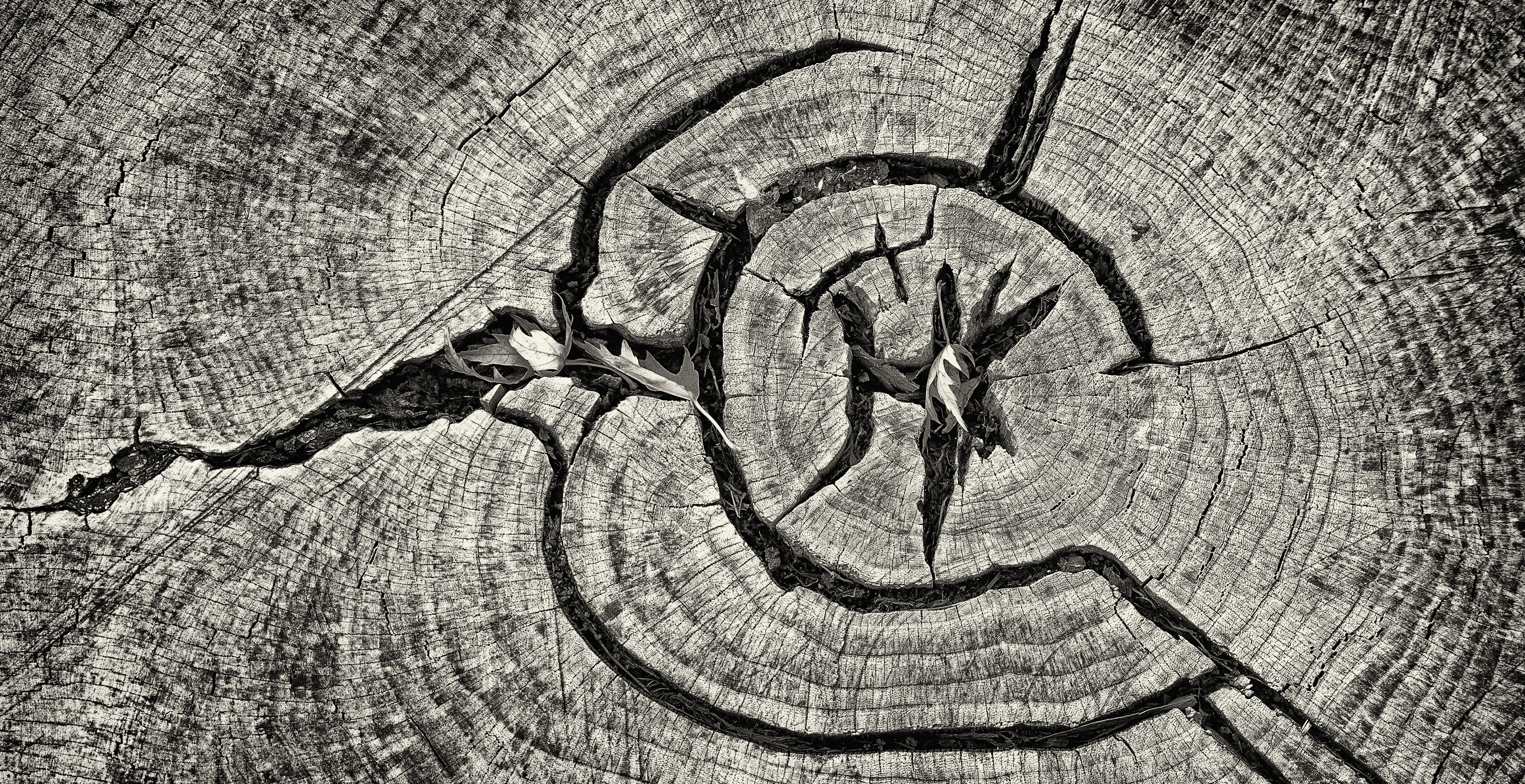 The New Historia Patterns report on common threads that link women across time and place. The New Historia Patterns are collections of Schemas, texts, and images that illustrate the intersections among women’s responses to the persistence of and the resistance to universal phenomena, including those that are the direct effects of historical misogyny. Each Pattern brings together the accounts of individuals—earlier women as well as those up to the present—on an experience that affects every woman’s life, no matter when or where she lived.

The following summaries describe Patterns that have been posted or are now in progress, followed by topics that we envision as becoming part of The New Historia. Is there more to be said? We welcome your insertions to existing Patterns as well as your suggestions about additional content, and your interest in participating as a Pattern editor.

Female to Feminist Biography (Timothy Whelan, editor)
The writings of Agnes Beaumont (1760) and Elizabeth Ashbridge (1774), and Mary Scott (1774) were early attempts to construct forms of women’s biography from the perspective of women, not men. These works set the stage for Female Biography (1803), the groundbreaking work by Mary Hays. As The New Historia seeks to create a documented “biographical panorama” of women through the practice and process of feminist historical recovery, further detail about women, known and unknown, reveals surprising connections, from Hays’s close friend Mary Wollstonecraft to Mary Steele’s Calvinist counterparts in England and America, Maria de Fleury and Phillis Wheatley, all bound by similar social, political, and religious interests in networks that ignored geographical boundaries.

LGBTQIA+ (Lauren McCarthy, editor)
The word woman, although at the forefront of The New Historia, falls short of catching the many iridescent identities and expressions of gender, and their respective experiences of historical erasure. The LGBTQIA+ Pattern records and connects the lives of those whose identities align at these particular femme and queer intersections of pervasive erasure—dead zones in classical tellings of history. The New Historia is devoted to recovering and illuminating the lineages and experiences of trans women, queer women, and femme-identifying people who recognize themselves within the LGBTQIA+ community.

Piety as Autonomy (Alexandra Verini, editor)
Across traditions, the most deliberate education many women receive is in the beliefs and rituals of the faith into which they were born. This training can allow a woman to think and act for herself, even within the misogynist practices of her culture. Further, piety often offers a way for women to find community with one another, producing collective forms of agency.

Rape—Is Consent Possible? (Gina Luria Walker and Lauren McCarthy, editors)
Physical and sexual abuse of women is transhistorical and transcultural. New research reconstructs women’s experiences, their individual and collective resistance, the use of rape by men for political and military purposes, and the complexity of the idea of “consent.” Provocatively, scholarship also points to the inclusion of earlier attitudes that are perpetuated in high and low culture. For example, new evidence suggests that the Balcony Scene in Romeo and Juliet must be read within the context of Romeo’s need to wed a wealthy man’s daughter; if Juliet will not consent to his pleas, then Romeo has the alternative of raping her so that only he may then marry her and make her an honest wife. This, we are discovering, was a pervasive and acceptable behavior in the Renaissance, before then, and beyond.

Recovering Ottoman and Early Turkish Women (Sandrine Bergès and Saniye Vatansever, editors)
The contributions of women to various fields in history are not sufficiently known in modern Turkey. This New Historia Pattern aims to remedy this problem by recovering pioneering women of the late Ottoman and early Turkish Republic periods to document the significance and the richness of the female past.

Recovering Women of Color: Excerpts from Recent Publications (various)
The role of Black women—both free and enslaved—in colonial America has only begun to be recognized. This recurring Pattern will present extracts from recent works offering new histories and fuller, richer accounts that document the experience of Black women as they conceptualized notions of freedom, engaged with those who called themselves Christian yet kept humans in bondage, and valued spiritual life and moral discourse. Also featured will be the intellectual work of free Black women—poets, novelists, and essayists—and the important contributions of Native women.

Women and the Word in the World (Christine Moog, editor)
Since the advent of type, women have actively participated in the historic printing trade throughout the world, although much remains to be discovered, documented, and written about their contributions. The very nature of their work leaves actual sources behind: the printed piece itself. Colophons and records help reveal vivid stories about the previously overlooked women behind the press.

Canonical Explosions
The process of feminist historical recovery can lead to controversial speculations. What if the evidence reveals that “Shakespeare” was a dark-skinned Jewish woman? What are the deep historical linkages between weaving and computer science? Excavating women’s lives reorganizes our mental architecture, explodes our most hallowed assumptions, and points the way toward new ways of thinking about power, agency, and impact.

Constellations of Women
In every society of which we have knowledge, women live within their local community: real and imagined, separate from but adjacent to the larger human community, with a unique set of customs, traditions, and struggles. We know this from our own lives. Research supports our personal experience: communities of women endure both in their place and through time.

The Feast at Our Own Table
Sixty years of feminist historical recovery continues to generate an avalanche of new data about women. The findings come to us often disguised or lost in the male knowledge-ordering systems that still structure our inner and outer experiences. The New Historia encourages experiments with organizing information to reflect, for the first time, knowledge systems that include a female dimension to accurately represent the women before us and the actual roles they have played in the accurate story of human progress.

Thinking Uteruses
Hysteria derives from the Greek word for womb. Ancient men theorized that female wombs “wandered” inside women’s bodies, causing behavior and symptoms that were unpredictable, untreatable, and mysterious. Female brains were likewise viewed as less capable of serious thought. Women who produced new knowledge—especially in mathematics and natural philosophy, the forerunners of modern science—were considered unnatural, unreliable, and in violation of the divine order.

Unexpected Allies
Through time, women’s struggle for access to the larger world of ideas and public influence has been aided by individual men, acting out of generosity of spirit, a sense of fair play, expedience, or personal attachment. We find evidence of men who nurture women’s minds among fathers, brothers, husbands, lovers, sons, teachers, philosophers, and priests. This dynamic stands in stark contrast to the many ways historical misogyny has limited women’s choices about their lives, their bodies, and their minds.

Women Are Men Inside Out
Confusion about women’s inner workings prompted millennia of male thinkers to conjecture that woman were anatomically “failed men.” This view was assumed to be accurate. Contemporary technologies have proved it wrong, but the effects of earlier assumptions endure. For example, recommended office temperatures are based on men wearing suits; health data continues to be based on male experience only.

Women’s Authority as Knowers
Women have always struggled, and sometimes suffered death, for aspiring to gain access to “male knowledge.” Even when their contributions were recognized during their lifetimes, they were considered “Minervas”—beyond the competence of mere human females—or suspect because they were not part of the official cultures of teaching and learning. Women’s quest for epistemological authority is one of the great, untold themes of female persistence, subversion, and creativity.

A Biographical Panorama of Women
There were few histories of women compiled by earlier women—that we know of—nor has there been a single, static biographical panorama of the past or a single uniform model of women’s perception of past women. There was never a fixed cast-list of figures or a single view of female historical actors or what they represented for those who invoked them. The past that women invoked in solidarity with contemporary concerns was a past reconstructed through the shifting prism of the present. Different figures were invoked in different ways at different times. Historical biography was not a static mirror of the present, but a dynamic shaper of both the present and women’s perception of their solidarity with women of the past, and it changed as women’s circumstances, priorities, and historical understanding changed. The New Historia seeks to initiate just such a documented “biographical panorama”—not a hierarchy or pantheon—by building on 60 years of new knowledge of documented women through the practice and process of feminist historical recovery, a still under-heralded global enterprise.

Your message was sent successfully